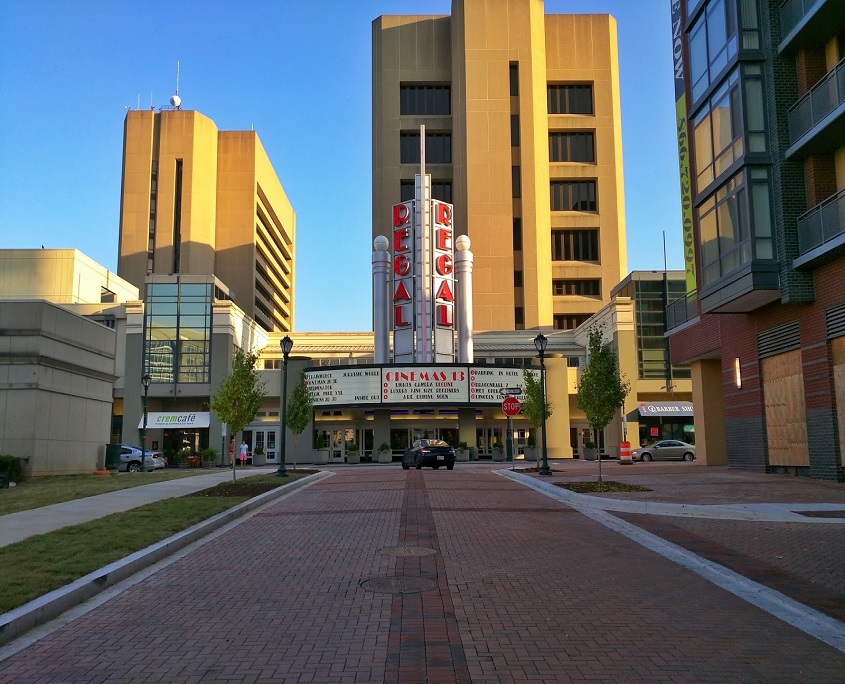 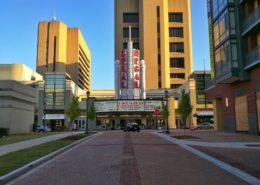 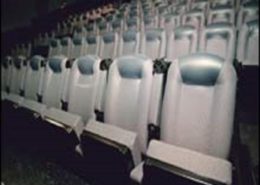 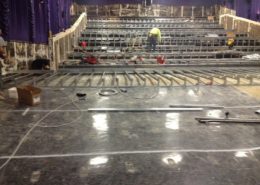 Creative Electrical Contractors, Inc., partnered with EDC to complete interior renovations at the Regal Rockville Center Stadium, in Rockville, MD.  For literally decades, downtown Rockville’s most central block sat empty, used only as a parking lot. After multiple failed attempts it began to develop in 2012.  Big things happened in downtown Rockville, the Regal Theater opened, a new courthouse was built, and the Town Square was redefined.  Since then the area has been thriving!  The Rockville Regal decided it was time to make some interior renovations in 2015.  The Rockville Theater is unique in the fact the theaters are all underground!  After purchasing a ticket guests take an escalator down to the theaters.  The Regal has 13 auditoriums and after the renovations offers stadium seating with 1,055 seats, and some seats having retractable arm rests to create love seats.  CEC began those renovations in June 2015 and completed the project in September 2015.