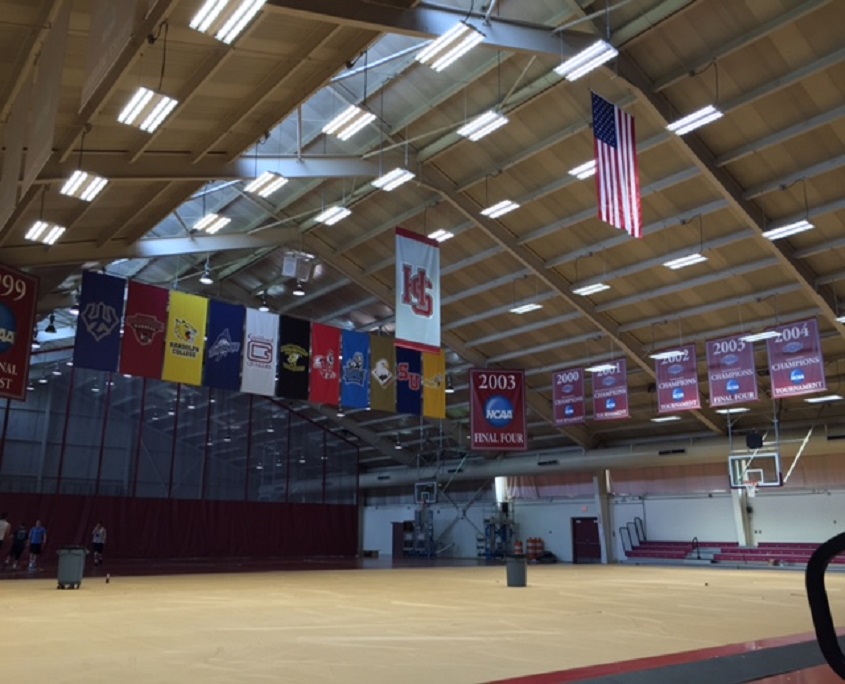 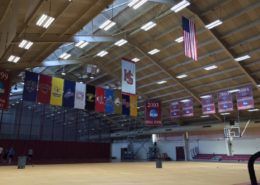 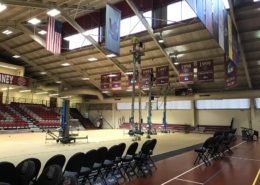 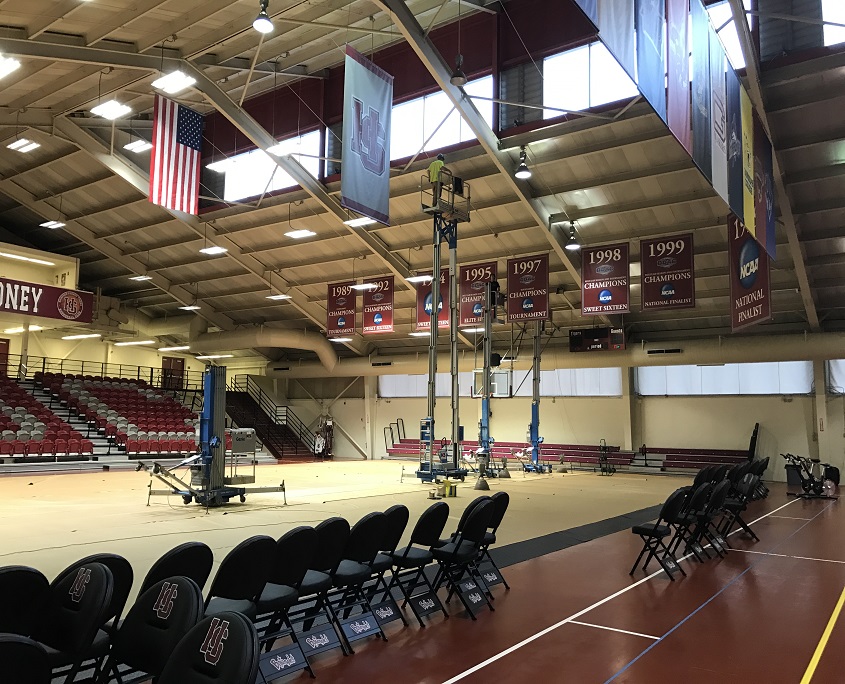 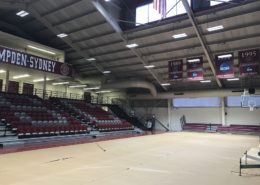 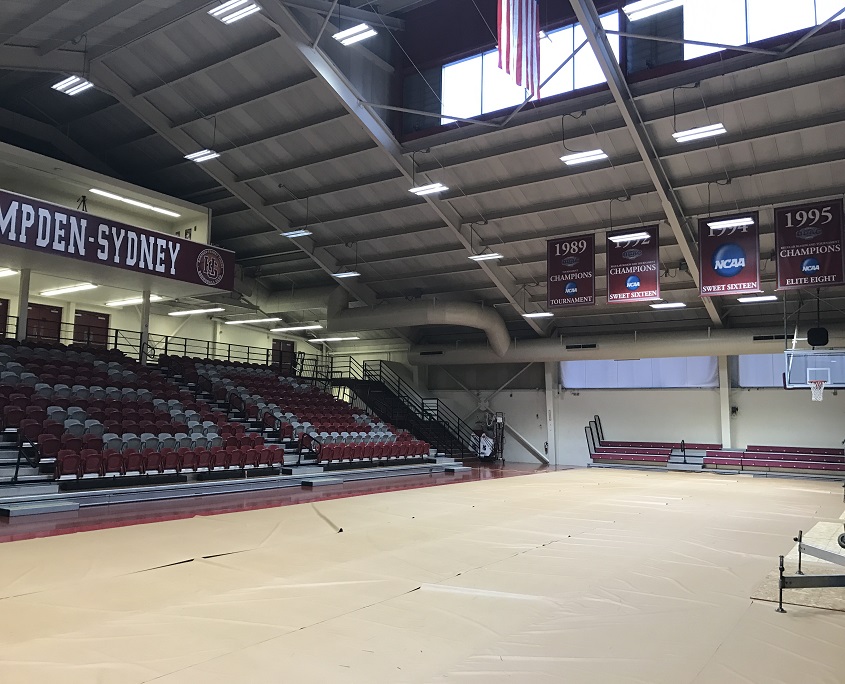 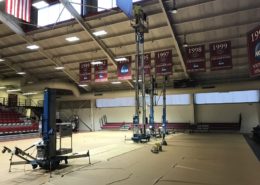 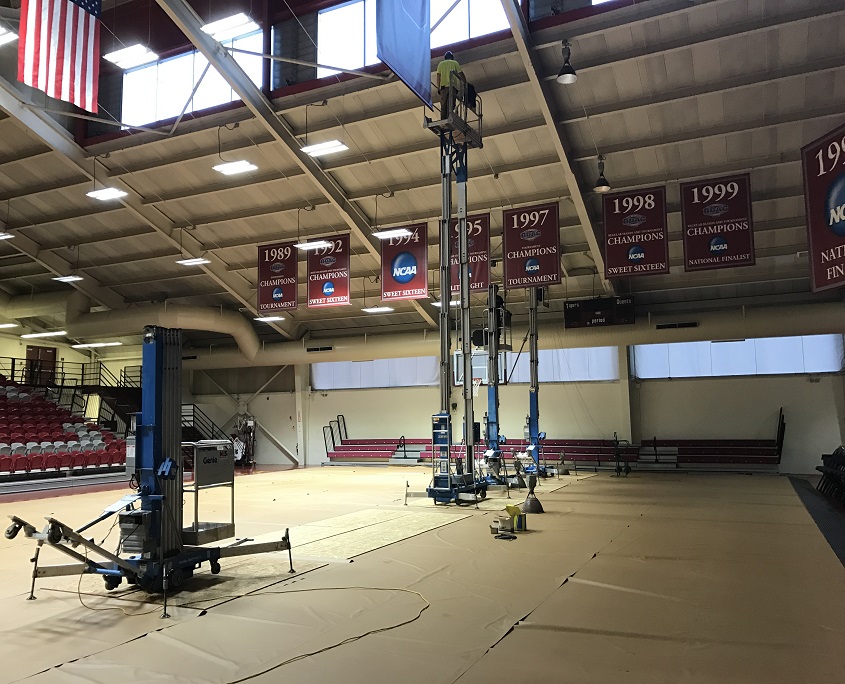 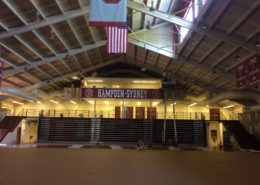 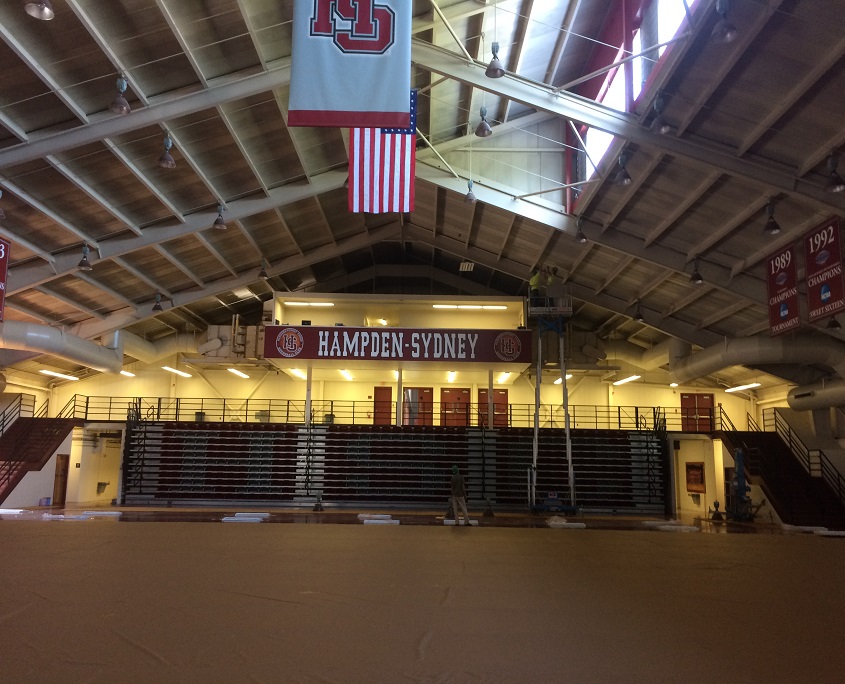 Creative Electrical Contractors, Inc., furnished and installed 80 fixtures in the Kirby Field House – Fleet Gym at Hampden Sydney College.  Over the past 10 years the Fleet Gym has had several improvements including: a new floor; new bleachers (that have a home section with seat backs), a new sound system; new banners for all of the ODAC schools; a film room; and the addition of five Hampden-Sydney Championship banners from four different sports.  For the past 37 seasons that the Tigers have been playing in the Fleet Gym their remarkable victories have made Fleet Gym one of the most feared destinations in the nation.  Since 1997, Fleet Gym has been host to 10 NCAA Tournament games.  CEC began this project in August 2016 and it was completed in October 2016.